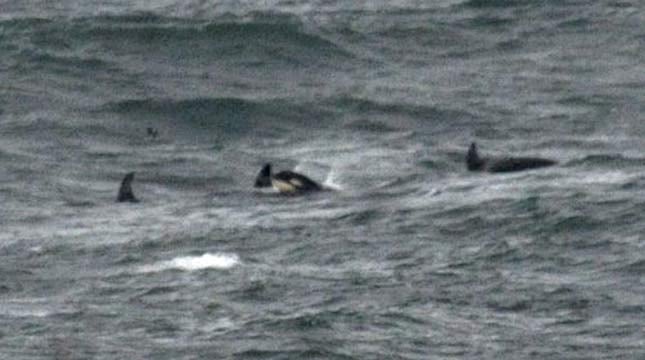 Orcas have arrived on the Oregon coast, but scientists say these are not the so-called “friendly” killer whales.

Instead, they are in the Pacific Northwest to feed on baby gray whales.

Experts say as another gray whale migration is gathering steam and heading north with newborns in tow, these ominous pods of killer whales are quick to follow.

The Oregon Department of Fish & Wildlife said they’ve been seen as far north as Tillamook Bay and Lincoln City in April. Other reports have come from tourists in Newport and Depoe Bay.

These orcas are considered a bit of a mystery, because scientists don’t know where they are coming from.

They also look different than most killer whales. They are smaller and more shark-like in appearance, according to wildlife workers.

They gather in smaller groups and come to the Oregon coast chasing baby whales, seals and sea lions.

Typically, they will stay for a few weeks, but some years they have lingered into early summer.

According to the Whale Watch Center, if you’re going to try and see an orca, it’s best to shoot for spotting gray whales first.

It will require a lot of patience and a high vantage point. ODFW suggests your chances of spotting any whale are much greater on days with less turbulent waves.